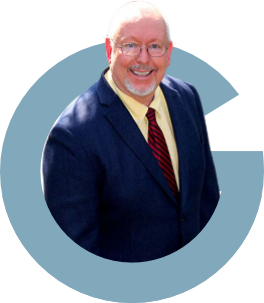 Although away from Atlanta since Emory University School of Dentistry graduation, Dr. Anderson kept his Georgia dental license active since 1975. The reasons were twofold. First was military service from 1971 through retirement as a full Colonel in 1994. The then Lieutenant Anderson received acceptance to a highly competitive military scholarship program to attend Emory, but the Air Force never allows anyone to stay in one place for long. Second, he loved Atlanta and hoped to return one day which has indeed happened.

Dr. Anderson began a three year prosthodontic residency at University of Texas Houston and received a postdoctoral M.S. in 1980. After practicing full range prosthodontic procedures for over 20 years in both the military and private practice, he has sub-specialized in dentures, partials and implant retained dentures since 2002. When asked about the reason for this subspecialty choice, he says it is his “true calling”.

Facial expressions are often viewed as windows into one's soul. A pleasing smile is a vital part of self esteem and overall quality of life. It continoues to be my privilege to serve not only a person's chewing needs, but their cosmetic desires as well.

John and his wife Sheron, along with their Westie named Bella, have settled in Buckhead to again experience an active big city lifestyle, after living on Jacksonville Beach for the past 13 years. Personal interests include travel, physical fitness and healthy organic cooking. But most of all, they enjoy spending time with family and their two grandchildren, Alycia and Tyler.

What your patients are saying

Dr Berne and his team are the best; professional, friendly, knowledgeable and caring. They made an uneasy process for me go very smooth. I’m so happy with my beautiful smile that his skilled hands gave me, and would recommend him to anyone looking to restore their smile too!!!
Anna D.

The office is very friendly and very professional. My dentist is Dr. Doug Yoon and on my very first visit he introduced me to the entire staff that would be assisting with my care, which made me feel confident that I had chosen the right practice. It has only gone uphill from there. I love that place!!
Barbara B.